What is sarcoma surgery?

Depending on the site and stage of a sarcoma, surgery might be able to remove the cancer and some of the nearby tissue. The goal of surgery is to remove the entire tumour along with at least 1 to 2 cm of the normal tissue surrounding the tumour. This is to make sure that no cancer cells are left behind. When the removed tissue is looked at under a microscope, the doctor will check to see if cancer is growing at the edges (margins) of the specimen. If cancer cells are present at the edges, the tissue removed is said to have positive margins. This means that cancer cells may have been left behind. When cancer cells are left after surgery, the patient may need more treatment − such as radiation or another operation. If cancer isn’t growing into the edges of the tissue removed, it is said to have clear margins. The sarcoma has much less chance of coming back after surgery if it is removed with clear margins.

How is surgery performed for abdominal sarcomas?

When the tumour is in the abdomen, removing the tumour with enough normal tissue to get clear margins could be difficult because the tumour could be next to vital organs that can’t be taken out. If this is identified pre-operatively the patient may be treated with radiotherapy before the operation. The surgery generally involves an incision through the middle of the abdomen (laparotomy). This allows removal of the tumour and any organs involved that can safely be removed. Organs that may be removed include the kidney, adrenal gland, spleen and bowel. Recovery is dependent on the size of the tumour and organs that are removed with it. Due to the complexity of the surgery the patient may be looked after in intensive care in the early post-operative period.

How is surgery performed for limb sarcomas?

In the past, many of the sarcomas in the arms and legs were treated by removing the limb (amputation). Now, this rarely is needed. Instead, most patients can be treated with surgery to remove the tumour without amputation (called limb-sparing surgery). This usually occurs in conjunction with radiation therapy. These patients have the same survival rates as those who have amputations.

How are large defects post-surgery reconstructed?

Most tumour can be resected with surrounding normal tissue and the wound closed together. For larger tumours, there can be a large defect, this can be covered with skin (skin graft) or from tissue elsewhere in the body (pedicled or free flap) which is done jointly with a Plastic Surgeon.

Sometimes, an amputation can’t be avoided. It might be the only way to remove all of the cancer. Other times, critical nerves, muscles, bone, and blood vessels would have to be removed along with the cancer. If removing this tissue would mean leaving a limb that can’t function well or would result in chronic pain, amputation may be the best option.

How does it take to recover from sarcoma surgery?

Recovery is variable, dependent on the site and size of the sarcoma, and the need for reconstruction of the defect. Early mobilisation and physiotherapy are essential for a good recovery. 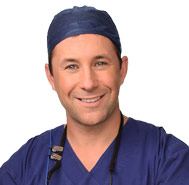 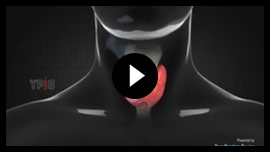